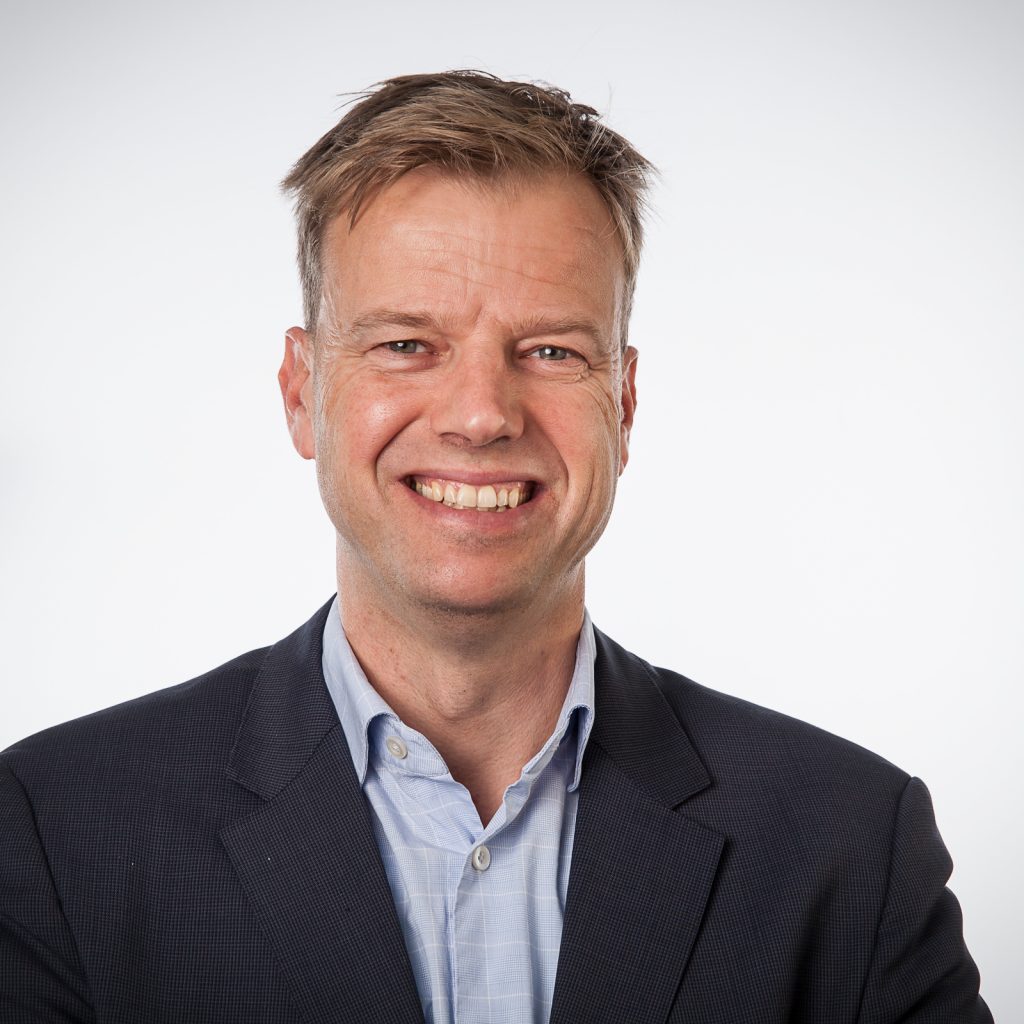 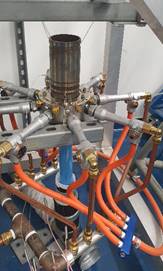 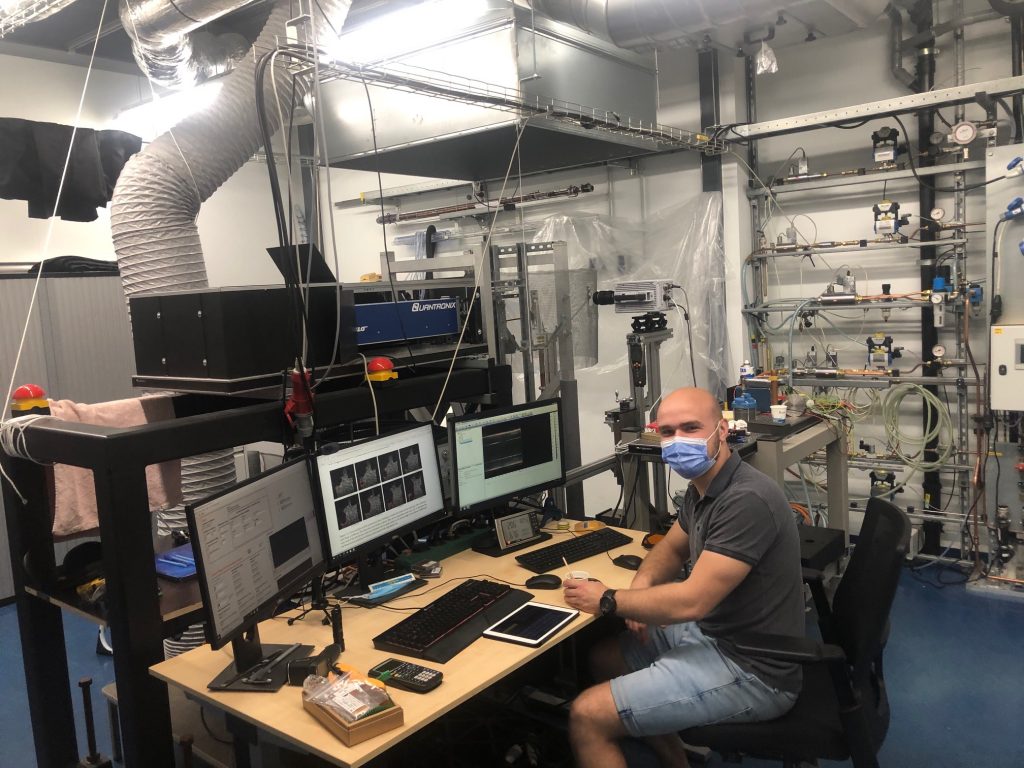 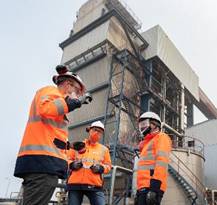 One of the most revolutionary inventions to come out from the second world war is the Gas Turbine. Everytime I board a flight, I am awed by the sheer mechanical beauty and simplicity of the concept- an elegant realisation of a Carnot engine. Interestingly in the 14th edition (1932) of the Encyclopedia Britannica [1] ,  large scale application of ‘Air engines’ (like gas turbines that use air as working fluid), were described as ‘practical failures’ and relegated to ‘steps in the historical development of thermodynamics’. So, what changed in the last 80 years ?How did gas turbines become such an integral part of the modern world and what is its future? To answer all these questions and more, we sat down for a lively discussion with Prof.Sikke Klein, chair of Gas turbine group at EFPT .

Having joined the department 5 years ago, Dr. Klein has donned the hats of both a professor of gas turbines and Technology manager Energy at Nobian, a chemicals company. He completed his PhD in 2000 at University of Twente where he was part of an industrial collaboration to study combustion dynamics- still a nascent field at that time. Around that time lean premixed combustion was gaining pace and his work on combustion dynamics became even more relevant. After many years in the power and chemicals sector industry, he nowadays combines his vast experience in gas turbine operations and development with his inclination to work with young people and education. Was it a conscious decision ? “Not really in first instance, I was approached to fill in the former professor’s role but I found out that I enjoyed the university atmosphere very much.” Speaking on the difference between academia and industry, he elaborates, ”Academia is full of very smart people, highly dedicated to their research area and it can happen that they think their topic is sacred and fail to see the overview or bigger picture. On the other hand, in industry the biggest challenge is to balance between many aspects like shareholders, timing, profits , social responsibility and risk avoidance. There is much less time for deeper technical understanding and looking for the best solution.”

His exposure to industry’s requirements guides his research work at EFPT as well. “ I personally prefer to do research that has societal value- applied research. For around 30-40 years, gas turbines have been integral in our power sector and right now, as we stand in the middle of the energy transition, they still have a very important role. Hence, research in this field must focus on preparing gas turbines for a renewable powered world. So, we look into decarbonising fuels for gas turbines, part- load performance , start-up and stop optimisation and more recently alternate thermodynamic cycles like the H2-O2 power cycle. Theoretically, such a cycle has the potential to reach about 75% efficiency but this is a concept that can be realised maybe 15 years down the line. ”  The gas turbines group at EFPT also enjoys close collaboration with the Power and Propulsion group at Aerospace and has previously worked on studying hydrogen migration in turbine blades with the Materials Science department as well.

Today,we hear a lot of buzz and a flurry of activity around decarbonisation, the hydrogen economy and global warming. But the connection between our growing use of fossil fuels and climate change is not new. ” For sure, there were discussions even when I was at high school about the Kyoto protocol and the depletion of conventional fuels. But it was only in the last 10-15 years the impacts of climate change were felt firsthand. Before that , they were more seen as predictions.As engineers and as consumers, we have been “spoiled” in the last decades thanks to some of the best fuels like kerosene and natural gas. They are far superior than most alternatives when it comes to power-weight ratio and ease of handling. Right now, we need to fall back to fundamental thermodynamics again and work on more complex technologies such as heat pumps or hydrogen as a fuel. At this juncture, energy storage is also going to become increasingly important.”

Even experts are in the dark when it comes to how the energy landscape of the future will look like, “Gas turbines will definitely be a reliable large scale backup for continuous power supply in combination with renewable sources thanks to their efficiency and flexibility in operation. The fuel will probably switch at some point in time from natural gas to hydrogen. There are many technologies available and will be developed, like batteries and compressed air energy storage , each with its own potential but nobody knows how the integration will happen!”

Hype around Hydrogen- Not the holy grail

Many countries , including the Netherlands are actively planning a hydrogen based future- a green hydrogen powered economy by 2050 preceded by a transition period through blue hydrogen. Replacing conventional fuels with one such as hydrogen is a herculean task and requires a multidisciplinary approach to production, transmission, storage and use. The gas turbine industry is expected to adapt as well and there has been a lot of investigation into the challenges of burning hydrogen. One such collaborative venture is the HighHydrogen project. Along with industrial partners, the gas turbine group studies new burner retrofits and design modifications to support flexible operation using hydrogen as the fuel. What makes the design task challenging are the properties of hydrogen as a fuel- higher flammability range, high flame temperatures and flame flashback (to put it simply, flashback occurs when your flame takes a U-turn and enters the burner) especially in regions of lower flow speed like the boundary layer. Some of the strategies to adapt burners is to make boundary layers as thin as possible through a streamlined geometrical design, enable local cooling by injecting air/steam, early detection and control of flashback or even some more novel methods like electrical control of flame by ionising the radicals. Dr. Klein adds,” The HighHydrogen project is very interesting from an application point of view. We are done with the first phase of testing at atmospheric conditions. The next phase will involve high pressure testing on a real scale turbine at DLR, Germany. “

The switch to hydrogen also comes with some logistical challenges especially related to safety, storage and transport,” Hydrogen poses more safety challenges compared to fuels we are used to , like natural gas. Nevertheless, this is not a new concept because industry has experience handling bulk hydrogen and this issue is solvable. But when it comes to pipelines for transport or salt caverns for storage, the industry needs governmental support to strengthen the business case for the development of infrastructure. And definitely, hydrogen is not going to be cheap and there is going to be stiff competition.” So, I couldn’t help but wonder, whether all the hype around hydrogen was substantiated or is it all noise,” The switch to hydrogen is not going to be easy and a lot of things need to happen simultaneously. Definitely , hydrogen is not the holy grail. It is a part of the solution along with energy storage, waste reduction,recycling and many more.”

Thermodynamics and the Engineer

The field of combustion and gas turbines is a complex interplay of fluid dynamics, heat transfer , thermodynamics and material science. Irrespective of the complexity, the fundamentals always lie in thermodynamics. So, to an engineer what does thermodynamics mean? With a contemplative grin, Dr. Klein says,” Well, thats a very philosophical question. The first law of energy conservation is the building block of thermodynamics. But, I am personally fascinated more by the second law that deals with degradation of quality of energy. Extending this to society as well, we need to be more careful with resource utilisation. Our resources are finite and degrade in quality with reckless consumption. For example the energy systems of current chemical plants are based on heat cascading, the best concept if you have high grade heat available from e.g. combustion of fossil fuels. However if we don’t have this fossil fuels available anymore, we have to become smarter with the energy cascading. The bounds set by the second law challenge us as engineers to think better and come up with interesting concepts like a heat pump.” And today as we stand at the brink of an energy transition pressed by the urgent need to resolve global warming, engineers and researchers are once again required to step out of their comfort zone, fall back to our fundamentals and search for solutions.