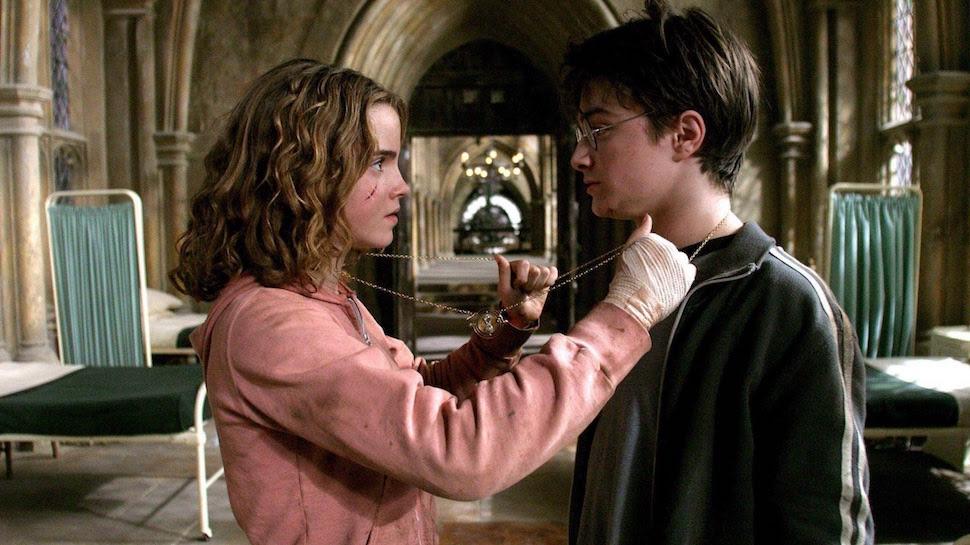 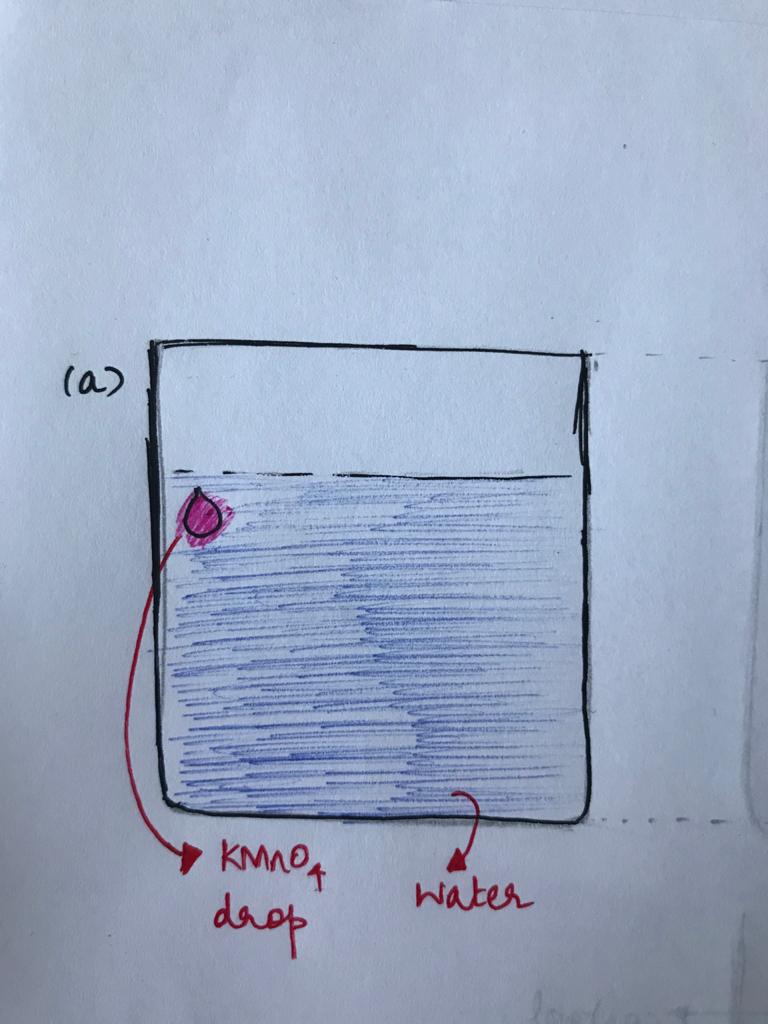 A drop of potassium permanganate is added to the left of the beaker. As it diffuses slightly, each KMnO4 molecule is surrounded by many water molecules. 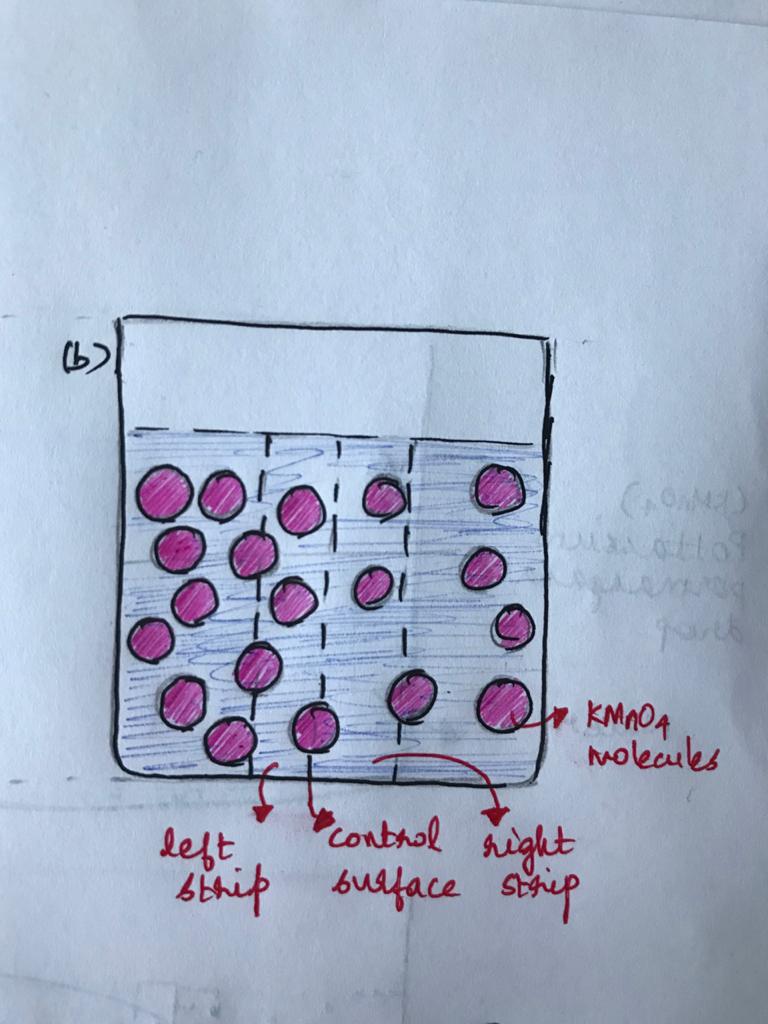 The movement of KMnO4 towards the right of the beaker is a statistical outcome. 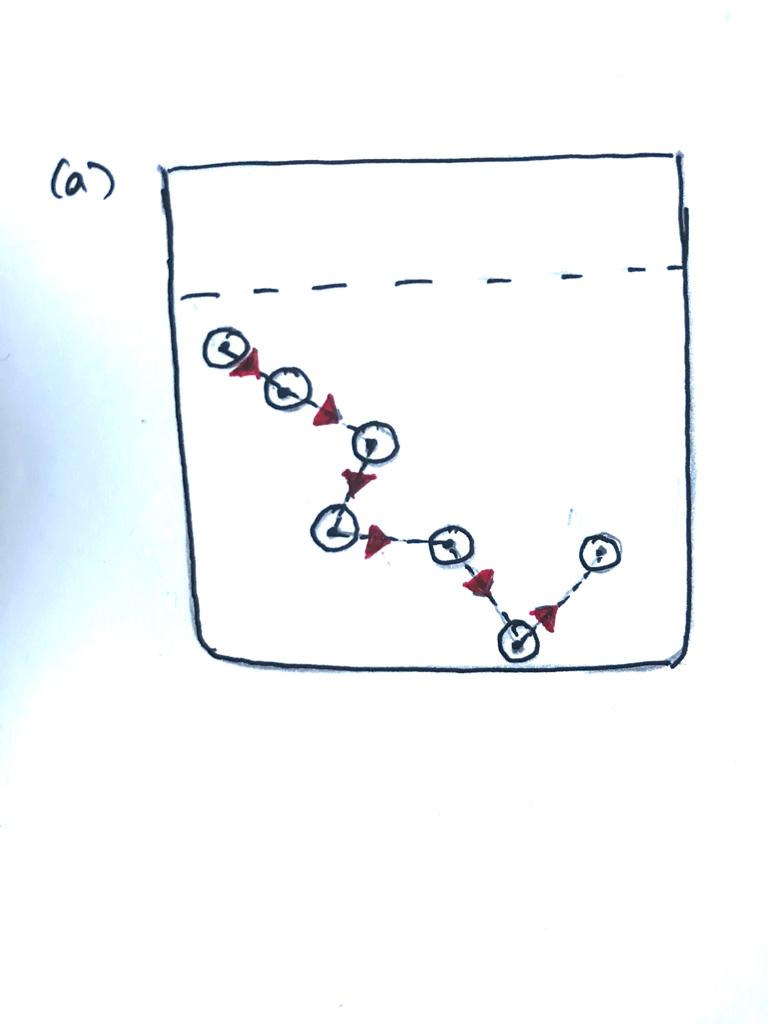 The trajectory of one molecule is shown. The molecules move through a series of collisions with other molecules and the walls of the beaker. 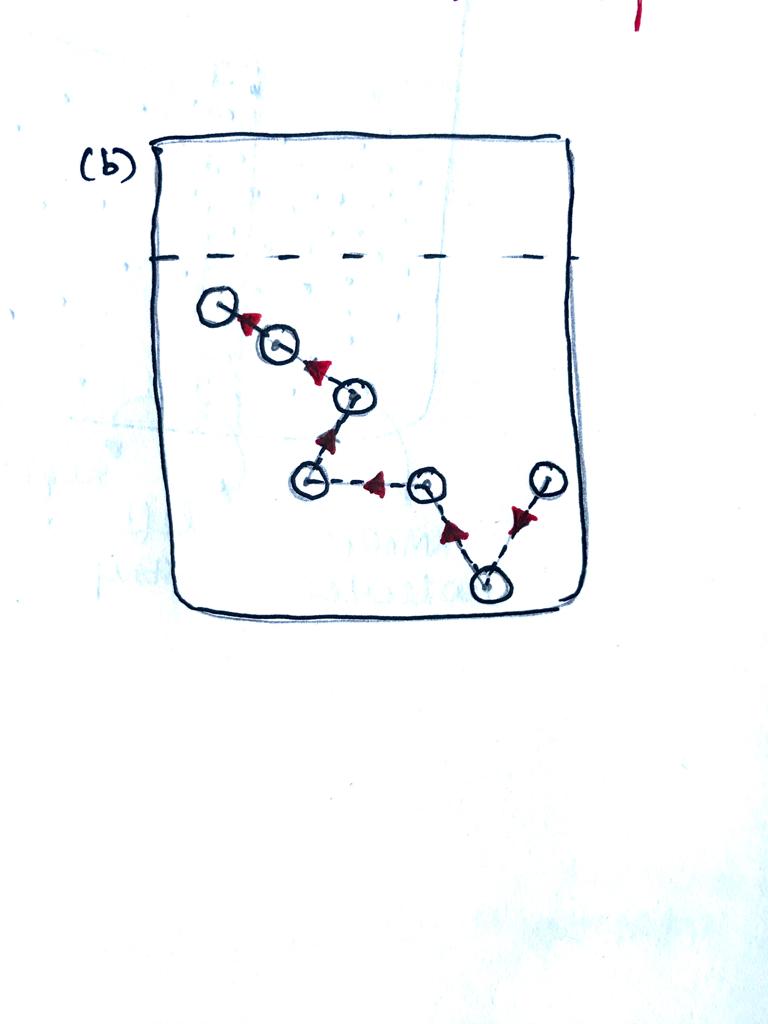 By reversing the velocity vector of all the molecules (in the final state), the trajectory of each molecule can be reversed in principle since Newton’s laws of motion are time and space symmetric.

THE ARROW OF TIME

Every summer, I waited for my letter from the Hogwarts School of Witchcraft and Wizardry to be dropped into the letter box that hung by the door. Meanwhile, I diligently collected the feathers scattered in the garden to use as my quill and brandished broken twigs at my sister while shouting out curses at her. The sweeping mop with the wooden handle was my Nimbus 2000 and I proudly trot about the hallway in my house.

The magical elements of J.K Rowling never failed to mesmerize me. Out of her many fabrications, however, the time turner proved to be an artifact I could not replicate. Rowling, herself, seems rather weary of the concept of time travel and creates an air of unsaid mystery around it. In a Magical world that lies undetectably amidst Muggles and defies other physical laws, what causes the unidirectionality of time to stand out as an irrefutable reality (that threatens to steal away all mystery from her stories) ?

We perceive the world as extending in Space and unfolding in Time. Facts define our past, but possibilities govern the future. In a life brim with an unpredictable scheme of events, our perception of time derives from the irreversibility of naturally occurring processes. We sense the passage of time when a cup of hot tea cools down. We know that time has elapsed as we watch living organisms being born, grow up and die. Ironically, our inability to predict our next moments in life also helps construct our perception of time.

Our Perception of Time

Several theories have emerged to reason out our perception of time. Arthur Stanley Eddington coined the term ‘the Arrow of Time’ to emphasise the unidirectionality of processes that tend to increase the entropy (disorder) in the universe. The direction of time was proposed to align with the direction of increasing entropy and this is referred to as the thermodynamic arrow of time. On the other hand, there are another set of processes that seem to be driven towards increasing order or information. For example, evolutionary biology indicates that life on earth has differentiated from simple to increasingly complex but organized life forms. The astronomical universe has differentiated from dense uniform matter to stars, planets and galaxies. David Layzer, a cosmologist from Harvard University, refers to such unidirectionality as the historical arrow of time. The cosmological arrow of time posits that the unidirectionality of time stems from the directional expansion of the universe.

The contradiction between the thermodynamic arrow and the historical arrow suggests that neither is the Ultimate Truth while the other exists, but prods our search for a Master arrow that accommodates for both these truths.

To sum it up, the commonality amongst naturally occurring processes is irreversibility and it seems to be the bedrock on which our sense of time relies upon. Tracing the origin of irreversibility in these processes may help in understanding where the arrows of time stem from.

Any phenomena is ultimately described by molecular interactions. The irreversibility of processes leads us to wonder, are microscopic laws not time-symmetric?

In his lecture series ‘What is life?’, Erwin Schrodinger illustrates that laws governing the macroscopic properties of systems are based on the statistical outcomes of individual molecular behaviour. For example, we know that the laws of diffusion suggest a directionality. Diffusion of heat energy and mass occur from systems of higher temperature and concentration of particles to systems of lower temperature and concentration and never the other way around.

A drop of potassium permanganate is added to the left of the beaker. As it diffuses slightly, each KMnO4 molecule is surrounded by many water molecules.

The movement of KMnO4 towards the right of the beaker is a statistical outcome.

This illustration emphasises that there exists no preferential direction for certain event outcomes at the molecular level.

Suppose we are shown a movie of the potassium permanganate molecules that are initially uniformly distributed throughout the beaker. As the movie plays, the molecules retrace their path and collect towards the left side of the beaker. We would immediately recognise that the video player has been on rewind because our experience tells us that this can never happen.

The trajectory of one molecule is shown. The molecules move through a series of collisions with other molecules and the walls of the beaker.

By reversing the velocity vector of all the molecules (in the final state), the trajectory of each molecule can be reversed in principle since Newton’s laws of motion are time and space symmetric.

However, it is astonishing that the trajectory of every molecule is completely time (and space) reversible. By reversing the velocity vector of the molecules at the final state, every molecule will retrace its path to the left corner of the beaker.

Indeed, what we would find hard to accept is that in the beginning of the movie, the velocity and position of every KMnO4 molecule is such that it would eventually lead every molecule towards the left corner of the beaker through the same series of inter-molecular collisions. Such an initial condition seems unimaginably improbable. Thus, we trace the seeds of irreversibility to lie in the nature of initial conditions and not in the governing laws.

This article will be continued in the next newsletter.